Facebook Will Pay You For Your Voice Recordings | Freelancepur

Facebook has launched a new app in which Facebook will pay the users for their voice notes. In the past, Facebook and other websites were using your voice data and use it to improve their services without paying you. But now, Pronunciations is the new app for you by Facebook, where you can upload your voice and get paid in return. The Facebook voice now is a key to earning for us.

It is important to note that the company is only allowing this feature in the US. If you are above 18 and have more than 75 friends, then you can get enrolled in this program, you just need to say some sentences, and you will be paid on your Facebook Voice. The process is easy, get registered on the app and say “hey portal” And also, the name of the friend in your friend list and then send it. It will get you 200 points, and you can earn 1000 points and then redeem it later.

1000 points will give you $5, which means after each voice note, you will be earning $1, which is good when we compare to other companies who are not going to pay you a single penny. You need a PayPal account in order to get the money.

According to The Verge, the Facebook Voice service will not share your voice note with anyone, and it is not going to be connected with your Facebook account, but it will be remaining in the Pronunciation app. All the people are saying that it is not a lot of money, but you are getting one dollar against one phrase, which is amazing when we compared it to other companies.

According to experts, Facebook Voice will improve the Facebook AI Transcriptions. Amazon and other websites have Stopped their transcriptions Programs. You will be finding other companies also following Facebook’s lead of Facebook and going to pay you the money, and we are hoping for the best. Amazon also was allowing you to give the review by voice, but no cash will be given to you for that.

Facebook has been launching many of the things in recent years, and we are going to expect another amazing decision by Facebook in the near future.

There are many problems in converting the voice into text on Facebook also, and that is why this type of application and this type of recognition for the voices of human beings will improve the quality of the transcription. So, the Facebook Voice will help you in two ways, first for conversation and second in earning.

Editorial Staff is a team of experienced writers, freelancers, and experts from the industry. 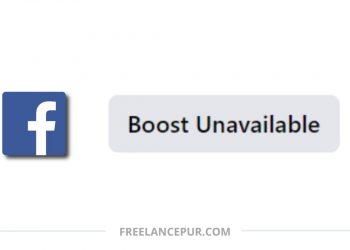 Challenges for the Freelancers in Internet Marketing